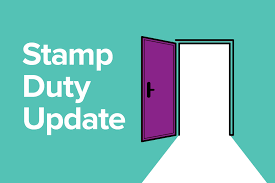 The property industry is to get its parliamentary debate on a stamp duty holiday extension after the Petitions Committee announced that MPs will be able to debate the popular e-petition on 1st February via a virtual debate.

This had originally thought to have been delayed after Jacob Rees-Mogg announced that the chamber in which e-petitions with more than 100,000 signatures can be debated was to be closed ‘until further notice’ due to Covid.

The stamp duty e-petition in question, which has been signed by over 125,000 people so far, asks for a six-month extension to the stamp duty holiday for homes for sale under £500,000.

It remains to be seen whether the positive economic activity resulting from this stimulus to the property market will be allowed to continue beyond 31st March.

How do most tenants feel about renting?
It's time to spring into action
National report highlights severe rental home shortage
Thinking of moving in 2022?
Another happy customer:
Landlords – Do you allow pets?
Budget – March 2021 – Stamp Duty Holiday extended!
Stamp duty holiday debate by MPs set to go ahead on Monday 1st Feb 2021