Reservation Agreements may be trialed in early 2020 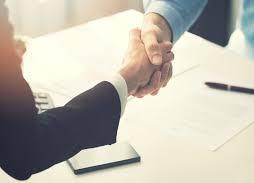 Our buying and selling process has been in need of reform for many years; the impending trial of Reservation Agreements gives some hope of much-needed change.

"Reservation agreements to lock in home buyers and sellers to a transaction could be trialled by March, a lead government official has revealed.

The government has pledged to fix what it considers to be a 'broken' housing market and make the buying and selling process quicker, cheaper and less stressful.

Matt Prior, who has led home buying and selling work at the Ministry of Housing, Communities & Local Government for the last two years, told a property law conference yesterday that the government thinks reservation agreements are worth investigating. 'I do not think it's the complete answer, but it might be a temporary fix,' he said.

The homebuying process takes around 20 weeks. Prior said: 'If you put your house on the market today, 20 weeks later you will be able to move into your new home. Not only does it take a long time, it takes a lot longer than people have told you. It sets you up an expectation that's probably not going to to be met. This causes issues all the way through the process. People enter a distrustful mindset... You're entering into a relationship where both parties are convinced the other side are going to cheat on you.

'You've got a process that lasts 20 weeks. Why not try to lock people in a lot earlier? You have people who have tried to move two or three times, the buyer pulls out days before, it's heartwrenching.'

Buyers and sellers would be asked to put down some money to enter into the agreement. They would get some money back if the purchase doesn't happen. Acceptable reasons for pulling out could include a bereavement, job loss, inability to get a mortgage or if the property is unmortgagable.

Prior said the ministry is exploring links between the work being done on reservation agreements with work on making sellers provide some property information upfront. Behavioural insight research has also been commissioned, which is expected to be finished soon.

Ministers will then be asked if they want to test reservation agreements. 'If they agree, we hope to run a field trial in the first quarter of next year,' Prior said."