Record number of First Time Buyers in the market! 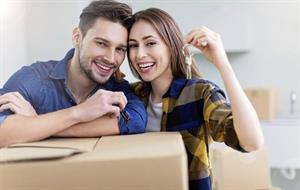 Yorkshire Building Society is reporting the number of first-time buyers purchasing homes with a mortgage now represents half of the property market. Figures published 2nd January 2019 by Yorkshire Building Society also reveal that first-time buyer activity funded by home loans is at is highest level since 2006. The lender says 367,038 first-time buyers entered the market during 2018 compared to 362,800 the year before. Mortgage-funded first time buyer sector is now more important than the home moving and buy-to-let ones, fuelled by an increasing number of 95% LTV mortgages, competition between lenders, the Stamp Duty relief introduced in November 2017 and the ongoing Help to Buy scheme. The lender’s analysis of official UK Finance figures plus its own internal data also suggest that the number of first-time buyer mortgages approved annually has doubled over the past ten years. They also stated "Getting on to the housing ladder is still not an easy step for many young people, as demonstrated by the increasing numbers who have received help from the bank of Mum and Dad.”