House building on the rise across the UK 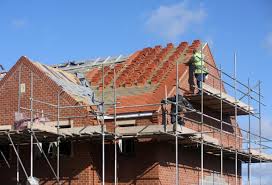 Love it or loathe it, official figures released recently indicate that house building nationwide is still on the rise. A lack of investment from both within the UK and overseas was expected to stall construction across the country in the aftermath of the Brexit vote, but positivity has actually remained rather than dwindling. The building sector has managed to retain its strength in the months following the referendum.

According to the Office for National Statistics (ONS), in July this year, house building was up by an impressive 5.6 per cent when compared to the same time a year earlier.

In addition to this, the ONS said that the number of new orders that were made for new homes in the second quarter of 2016 was up by 25 per cent when compared to the quarter that came before. It meant that to the end of June, the construction sector was seeing its fastest rate of increase since 1967.

The biggest contributor to the housing sector at the moment is the private sector, with both landlords and residents helping to keep demand high enough that it massively outstrips the public sector in terms of new home orders.

Whilst there is often resistance to new building in lots of areas, it will mean an increased supply should include ‘affordable homes’ and ‘homes for rent’ as part of new developments.