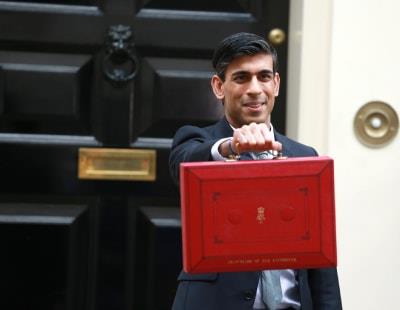 Chancellor Rishi Sunak announced the stamp duty holiday on properties up to £500,000 will be extended from 31st March to 30th June 2021.

From 1st July, the holiday will then only apply on properties up to £250,000 but will last until the end of September. It will not be until October 1 that the pre-Covid stamp duty thresholds and levels will resume.

This means that the maximum £15,000 saving that is possible under the current holiday will continue until the end of June but the saving for buyers from the start of July until the end of September will reduce to £2,500.  Making the announcement on 3rd March, Sunak said: "The cut in stamp duty I announced last summer has helped hundreds of thousands of people buy a home and supported the economy at a critical time. But due to the sheer volume of transactions we're seeing, many new purchases won't complete in time for the end of March."

Chancellor Sunak has also confirmed that there will be government-guaranteed 95 per cent mortgage loans available from next month, on the purchase of properties up to the value of £600,000.

Sunak also says there will be a 100 per cent Business Rates Holiday until the end of June; thereafter business rates will be discounted by two thirds up to a maximum of £2m for larger businesses. However, Corporation Tax is to rise from 2023.

But landlords who have incorporated and have larger portfolios will be disappointed to know that Corporation Tax is to rise from 19 per cent to 25 per cent from April 2023. There will be changes to how it is applied, especially for smaller companies, but this is likely to affect the trend towards buy to let investors incorporating into limited companies.

There has been no announcement on Capital Gains Tax, prompting speculation this will be the subject of extensive consultation on radical changes later.

How do most tenants feel about renting?
It's time to spring into action
National report highlights severe rental home shortage
Thinking of moving in 2022?
Another happy customer:
Landlords – Do you allow pets?
Budget – March 2021 – Stamp Duty Holiday extended!
Stamp duty holiday debate by MPs set to go ahead on Monday 1st Feb 2021